Department of Archaeology and Museums Andhra pradesh > Articles by: DE-AP-eAdmin 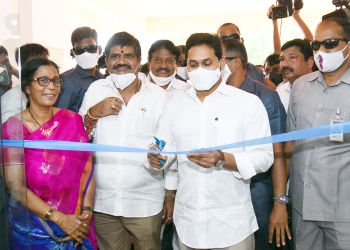 The hon’ble Chief Minister of Andhra Pradesh Shri YS Jaganmohan Reddy inaugurated the renovated Bapu Museum in Vijayawada on October 1, 2020. Commissioner of AP State Archaeology &   Museums Department, G Vani Mohan, IAS., was also present during the event. The Chief Minister took a tour of the museum, observing the technology-based facilities and appreciating the impressive artefacts.
The refurbished museum now has an ultra-modern ambience of advanced digital display technology that offers visitors a realistic experience. This is the first museum in India, to have adopted the technology of Augmented and Virtual realities. The immersive projection mapping, interactive display panels, digital book and interactive kiosks offer a visual treat to visitors. This historically significant museum happens to be the place where the freedom fighter Pingali Venkayya presented the tricolour flag to Mahatma Gandhi in 1921. The same flag was adopted as the Indian national flag in 1947. The renovated museum houses nine galleries housing a rare collection of antiques, sculptures, cutlery, paintings which have been preserved for over several decades. Every artefact is digitised enabling the visitors to learn more about the rich heritage of the country. All one needs to do is touch or scan the QR code, using their smartphones to know the history and interesting facts about the artefacts present at the museum. 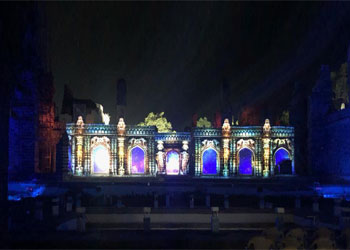 Advanced Projection Mapping transforms the Kondapalli fort into a canvas to paint Andhra History. Projection mapping augments the irregular landscapes, ruins and building’s present in the fort as a screen. The stories about the kings, the greatness of its culture and the gory past is narrated by making the best use of the Graphic, animation and laser displays. Projection mapping creates an aura of visual brilliance making the audience time travel to an earlier era. Making it worth every single penny spent on. Audience will be left spellbound with the brilliance of Projection Mapping, which incorporates state of the art German Technology. There are two shows every Saturday and Sunday, at 6:30 and 7:30 pm. It is going to bewitch the young and the old alike. 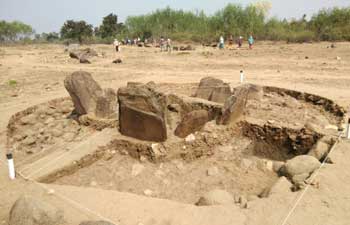 Rayanapeta (17º.64’ N. latitude by 84º.94’ E. longitude) is a small village stands on the left bank of
river Godavari in Yetapaka mandal of East Godavari District. Of the east, one and half kilometer away
the burial complex is located adjacent to a Patimalagudem hamlet of Rayanapeta. The burial
complex locally known as Rakshasabandalu, is located towards the North-West corner of the village.

The burial complex having nearly 100 is spread in half a kilometer in North South direction and 200
meters in East West. Most of these are of Dolmen type having capstone covered by cairn heap and
in some cases with the circle stones also. 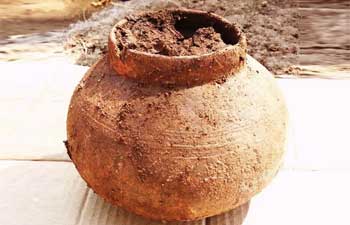 Rudramakota (17º.34’ N. latitude by 81º.14’ E. longitude) is a small village lying on the southern
bank of the river Godavari, in the Velerupadu mandal of West Godavari District. People believe that
Rani Rudrama devi took rest at this village in between war periods, so it called as Rudramakota. 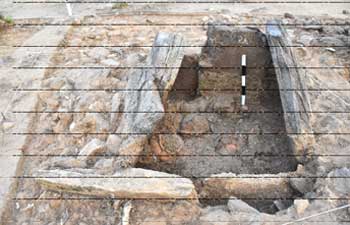 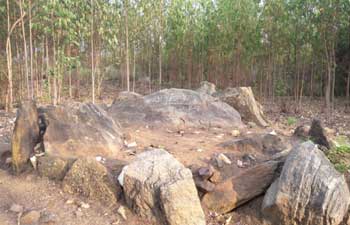 The term megaliths originally used by antiquarians to describe a faith, easily definable class of
monuments in Western & Northern Europe, consisting of huge undressed stones and termed as
celtic dolmens, cromlechs and menhirs. The term ‘megalith’ is derived from two Greek words i.e.
megathos meaning ‘huge’; lithoi meaning ‘stone’. It is generally considered as a grave or memorial
stone whether dressed or in its natural form containing, enclosing are erected over the funerary
assemblage. The megalithic culture has no regional bounds. As its cultural remnants are found in
Europe, Africa and Asia. The Indian peninsula is more prolific in this culture; in northern India this
culture is sporadic in occurrence in comparison with South India.

Birth and death are two important events in human life. But there is a belief on life after
death. As a social animal, the relation with the fellow men, death plays an important role. The
tradition, disposal of dead body, beginning with the pit and urn burials of the Neolithic-Chalcolithic
times, there occurred various changes in the mode of disposal. In course of time these changes
culminated in the development of a peculiar way of disposal by the time of Iron Age, which is widely
known as megalithic culture. In Andhra Pradesh 33 megalithc burial sites were excavated so far.